Do you enjoy snow sports and exercise in the snowy winter landscape? Are you looking for a challenge, or just want to try something new?

In our diverse range of trend sports starting from snowshoeing, to freeride tours or ski tours, over cross-country skiing or snow biking, you will definitely find the right thing for you!

Snowshoe hikes are offered weekly for beginners and advanced skiers. The "ridge crossing with snowshoes", which is also feasible with a medium level of fitness, is very popular.

For beginners, we offer a ski tour for beginners every Wednesday (including touring skis, ski skins and avalanche equipment). We are happy to organize more demanding ski tours or summit tours for advanced tourers.

As part of a private or group course, we offer you a snow bike course as an alternative to skiing or snowboarding. Experience fun on the slopes in a new way! Our snow sports instructors will give you tips and teach you the right technique for snowbiking.

Feel the freedom outside the secured ski slopes and go freeriding with our snow sports instructors.

“Freeriding” developed from the earlier variant skiing and was strongly influenced by snowboarding.

Freeride can be booked as a private course!
Prices private lessons

We are happy to take on the professional organization and implementation of your club or company ski race in cooperation with the Hochzeiger Bergbahnen - from the planning to the award ceremony.

Do you enjoy skiing and are you looking for a new challenge?

Try telemark skiing and let yourself be carried away into another world of snow sports. For this sport you need strength, endurance, coordination and balance. Book a snow sports instructor who will make it easier for you to get started in the world of telemark.

On our trails you can not only enjoy exercise in the fresh air, also the snowy winter landscape of the pitztal. Since the courses take a place on a private course basis, the content of the course can be individually adapted to the participant.

Feedback from our guests 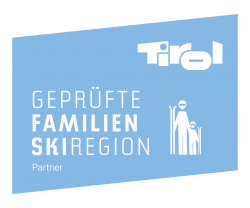 Do you need help with your booking?

Please call our office team, send us an email, or use our contact form. We will be glad to help you.